i’m sure by now it’s already old news, and i’ve already had my say on the matter on one of the many vids of it on YouTube (my comment’s currently been upped to the top becos of its succinct breakdown of why ppl suck), but come.the fuck.on already. have we collectively decided to shove our sense of humour up our asses? is this backlash(ish) reaction from some of these seemingly die-hard BM fans just a TAD over-the-top? & are the majority of mainstream r&b listeners humourless and fickle?! the fuck is goin on witchyoos? YOU’RE MEANT TO LAUGH. Brian has essentially hit upon a style of online r&b performance art that has been so lovingly perfected by the Turquoise Jeep troupe over the years (which i have covered extensively throughout the life of this blog), but is most-associated with the ever-evolving R. Kelly (piss-free since…whenever the fuck that entire thing was, i forget).

i sorta understand the general reaction (more of a ‘balk’, really) against this type of ‘music’, however, stop being a fucking nerd for one second and enjoy a well-written, expertly-sung, vintage-Stevie-chord-havin sexy yet dirty yet hilarious ode to one of the few things that actually MATTERS in this world: THE PUSSY. 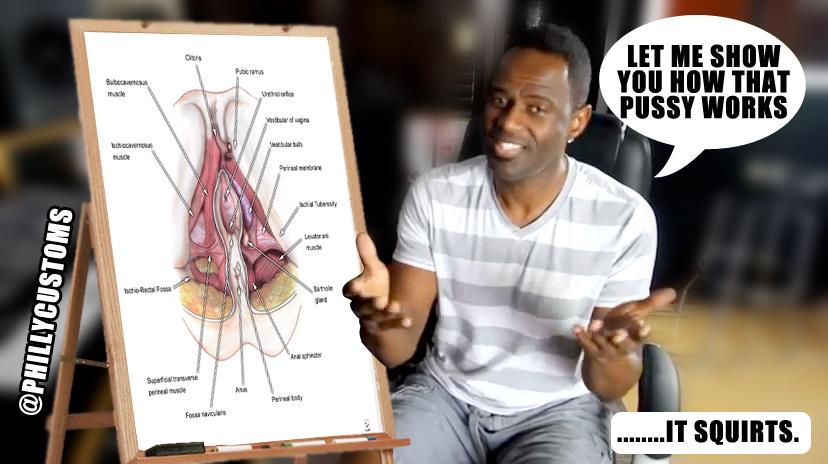 apparently shit got so out of hand B deleted the original video from his YouTube account amidst accusations ranging from him selling out n losing his edge, to more convoluted theories that he had tested the waters at SERIOUSLY trying to exclusively be that kind of artist (aka going “Full Kells”), deciding along the way (after gauging our reaction) if he originally meant it as a joke or if it was a serious tune. but i like to keep it a bit more simple: the song is a CHEEKY BANGER. someone trademark that phrase cos it’s the best description i can think of for it, a term that sums up The Jeep, The Arruh & now…B McKNeezy (y’all can think up sumthn better). “If You’re Ready To Learn” is an A grade entry into the pantheon of CHEEKY BANGERS. and halefuckinglujah, Brian McKnight thinks the same thing as he intends to finish and release the song VERY SOON.

(i know it’s cooler calling the song “Let Me Show You How Your Pussy Works”, but B does state clearly the name of the song is “If You’re Ready To Learn” so i’ma just stick to that). feel free to download the mp3 of this now-viral video (just the song bits) courtesy of urs truly (honestly i couldn’t stop listening to it so i had to mp3 that shit).