1. what’s your name(s), where are you from & how did you get involved with music?

our names are Eric Poline (a.k.a. Openoptics) and Gabe Lehner (a.k.a. Chavez) and we both were born and raised in coastal North County of San Diego. we have both been big fans of listening to music since being young kids, especially hip-hop. in third grade Eric started learning guitar, which he kept up till he got obsessed with turntables, DJ’ing, and scratching in junior high. i, Gabe, grew up with a father who played guitar in bands, and in tenth grade i got the bug to learn myself. he taught me guitar and music theory, and i was so into The Beatles then that i got obsessed with songwriting. Eric and i each kept along our musical paths until we met each other in 2007.

2. how did your particular track in the mix come about/is there a story behind its creation?

Eric had a really cool signal chain going on in his home studio of a Korg Triton on a really cool patch going through a Roland Space Echo, into a Fender Twin Reverb guitar amp. he had come up with the chord progression synth part, like how the song starts, and i thought it was so cool when he showed it to me that i said we should work on it right then. then next thing we knew “It Always Takes” had pretty much been born, and it was one of the first songs we actually made together.

3. who or what inspires you to create? and how do you STAY inspired?

for both of us everything inspires us to create, whether that be all kinds of different music we hear, or just life in general. we stay inspired by continuing to listen to music, putting effort into collaborating with people, and by doing as much awesome stuff as we can all the time when we’re not making music.

4. your opinion on copyright and the sharing of music? (specifically tunes made by unsigned, under-the-radar and bedroom artists that are then shared by fans?).

in our case that is absolutely necessary, and we encourage people to download our music, even if illegally through torrent sites, and then share it. the fact that our career is where it’s at is because so many fans have done just that. it is kind of weird that we live in a culture now where people feel entitled to get music for free, even though its a livelihood for many artists, and takes a lot of energy, time, and money to create it, but since that’s how it is we embrace it and just want our music to be heard. we put out a lot of music for free, as do many other artists these days. we think it’s stupid for big artists and labels to come down hard on fans with lawsuits, or even threats of lawsuits, for illegally downloading and sharing music.

5. the best place to listen/download/buy your tunes? and any final words you’d like to say to the Internets?

the best place to listen to our stuff, and buy it, is inside of the gift shop next to the flamingos at the Boston Zoo. If you can’t make it there then www.inspiredflightmusic.com is definitely the second-best place. as for final words, please stay tuned to what we are doing right now because we are nearing completion of our second full-length album, preparing to put out some other projects this year on our own Create Fate label, gearing up to do some touring and play some music festivals, and we will be releasing some free remixes soon. thanks for the love!
—

i’d like to personally thank Chavez for reaching out n getting in touch with me about the inclusion of their track. their original version doesn’t appear, but it proves how dope the song is on just the lyrical/vocal tip too. i’m very glad to have y’all be a part of it. YES i’m still pimping this mix lol, listen/download at the following spots: .zip/.rar/Soundcloud. 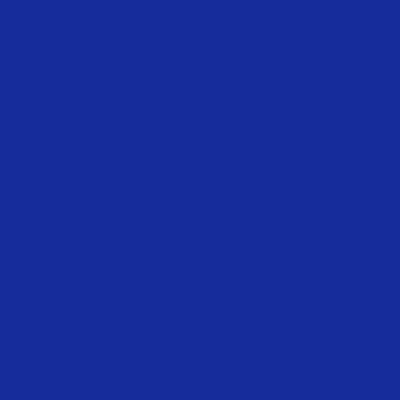 1. what’s your name, where are you from & how did you get involved with music?

Options from Chicago. i was born with a love of drums, but it kinda stayed dormant until my college years when i was introduced to Hip Hop production. then it came back with a vengeance. my first piece of ‘gear’ was MTV Music Generator for the PlayStation. i actually still have that. it’d be fun to pull out and mess around with now…

2. how did your particular track in the mix come about/is there a story behind its creation?

this track is my remix of a song by the band Inspired Flight. it was for a contest. i didn’t win, but it ended up being a great exercise for me because it forced me to work differently than i do normally. rather than finding a nice vinyl bit and working from there, i’ve got a song in a particular key and with a particular vibe in a style other than Hip Hop to build around. it stretched me and gave me a hint of what i could do if i stepped outside of my comfort zone.

3. who or what inspires you to create? and how do you STAY inspired?

other artists inspire me to create. not just other musicians, but anyone creative, no matter what their medium is. seeing other people painting/writing/taking photos–whatever–and getting their ideas out makes me want to go home and get busy on my stuff. because of that, it’s not really hard to stay inspired.

4. your opinion on copyright and the sharing of music? (specifically tunes made by unsigned, under-the-radar and
bedroom artists that are then shared by fans?).

i embrace what the internet has allowed artists to do. the tools we have to work with now for promotion and other things (which i honestly haven’t been using as much as i should!) are really amazing. a lot of unsigned artists just want to be heard, so it makes sense for them to make their music as easy to get as possible. if it’s then shared by fans, it only increases the artist’s profile, so it’s great up to a certain point. but the downside to sharing in general and the easy accessibility of everything is that things get devalued if they are so easy to get and replace. it can become disposable and no one wants their work to be viewed that way.

5. the best place to listen/download/buy your tunes? and any final words you’d like to say to the Internets?

for now, the best places are my Soundcloud page and my Bandcamp page where i recently put up an EP of tracks i made while living overseas the past couple of years. actually, almost everything i have online now is fairly old. the stuff i’m doing now is still Hip Hop at its core, but i’m incorporating aspects of other genres i listen to and just generally working to take tracks further than i used to.
as for final words, just a sincere ‘thank you’ to anyone/everyone who’s listening to/commenting on/downloading my stuff. there’s so much music floating out there now, so i appreciate anyone listening to ME. check out my sites and stay tuned because the new stuff is coming and i’m excited for people to hear it. also, peace to Vahé for this platform.

Options‘ most awesome remix to the Inspired Flight original is, imo, far superior and i’m proud to spotlight it for y’all here and in the CONFESSIONS OF A CURLY MIND Vol. 1 mix. download as .zip, .rar or via Soundcloud below:

a couple of months ago i put the call out (mostly via Okayplayer) for indie/bedroom artists to submit their links and/or music to a new compilation i was putting together, named after my blog as it’s intended to be exclusive to here. the idea is to expose y’all to more than the norm but shining a light in as many musical corners as possible. as a result i’ve been able to compile 24 slick tunes ranging from soulful hip hop, to beats, to spaced out dub, funk, acoustic, NEO neo soul & a track or two that i can’t really classify in the traditional sense. all up, it’s nearly 80mins of great tunes and you don’t need money to listen or enjoy the shit. all i (and i guess by extension, we) ask is you take the chance to listen and possibly discover some new favourite artists in the process 🙂

if you’d prefer a single file download check it out via Soundcloud, or grab the separated/tracked links below the tracklist.

over the course of the next month i will also be spotlighting each individual artist that appears on the mix with a 5 question mini-interview, so you can briefly get to know your friendly neighbourhood music-lovers.