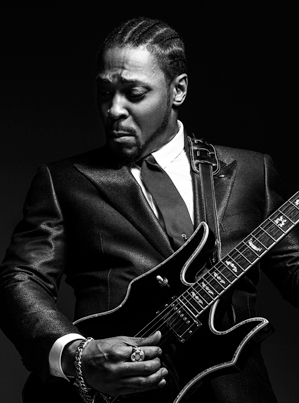 what to say that hasn’t already been said? it’s simply good just to know he’s out there doing his thing. i think i enjoyed reading the outtakes much more than the central piece, mostly cos the main interview reminded me too much of the pre-album hype machine that exists behind D’Angelo. i’m not sure if HE realises it, but a lot of his angst and worry about the pitfalls of fame start within his own camp. and far more importantly, clearly the man himself couldn’t make the mental transition to handle his biz and not fall off the face of the Earth. the WORRY is that he’s still invoking the ghost of Marvin and still seeing himself as following the path of ‘died too young/died tragic phenom artist’. but most of it just sounds like regular music biz bullshit, which consists of what appears to be a very SICK evironment not conducive to free-thinking, mostly gentle souls who just wanna make the music they wanna make, and when they wanna make it. i see a lot of blame gets heaped at “Untitled”‘s door, which is complete fucking bullshit. everyone involved in the production of what sadly came to DEFINE D’s career KNEW EXACTLY WHAT THE FUCK THEY WERE DOIN.

shit was CALCULATED. that may sound like an accusation, but i’m not mad about it. i’m just not naive as hell. if D wants to TRULY regain the fans he left wandering for over a decade, dude’s gotta let go of ‘the image’ and be fucking honest about it all. this interview seemed like a good step in that direction. i wish nothing but onwards and upwards success for this man. freal.