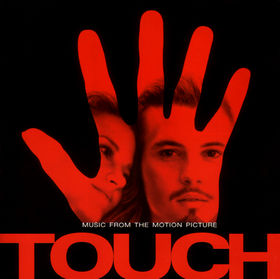 it may not be blindingly obvious just from taking a cursory look on this blog, but i am a huge, HUGE fan of pretty much all of Dave Grohl‘s music (and therefore a massive Foo Fighters nut). every year i try to dig and find more stuff by the man that was previously unheard, unknown or forgotten. so some time back i discovered a song called “How Do You Do” from a soundtrack to the film Touch (starring Skeet Ulrich). turns out Dave was the maestro in charge of the film’s entire score/soundtrack. so in essence, “Touch” is a mostly-instrumental solo album by Dave (with a few tracks being credited to one of his earlier alias’, Late). the more i listen to this, the more i see it as a gorgeous signpost filling in the evolving Foo sound between “The Colour And The Shape” & “There Is Nothing Left To Lose”. that is, heavy doses of melancholy chords with a few uptempo bright spots, and a couple of tracks featuring the same standard bossa nova beat he ended up using on “Stacked Actors”. far as i know this OST still remains floating around in the ether unbeknownst to most fans, which is sad cos truth is it’s a bit of a gem.